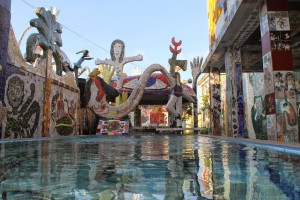 Excitement projected vividly across the emails I received from Cuba the day President Obama announced new Cuba policy changes on 17 DEC 2014. Genuine joy was expressed and further confirmed when these NEW Cuban Assets Control Regulations implementing Cuba policy changes were published in the Federal Register on 16 JAN 2015. The President brought us much closer to Cuba but only Congress (per the Helms Burton Act) can end the embargo and restore full Cuba travel for tourism. The general public feeling is that everything is now open. The reality is that restrictions remain.

The final answer will be in the regulation of the rules, but an upfront vision of easy travel is misleading. For example, a Chicago Tribune article (16 JAN 2015), “U.S. Eases Cuban Trade, Travel Rules” stated that the change will open the floodgates for tourists to book their own direct flights to Havana. It then went on to surmise, “U.S. visitors can state that their goal is educational, for example, and board a flight if they indicate they intend to talk to Cubans and learn about life on the Communist-run island 90 miles off Florida.” This statement can be misleading. 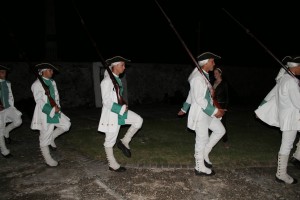 The new regulation changes are written to further engage and empower the Cuban people, compared with traditional beach oriented tourist travel which is still taboo under the new regulations. General licenses, under the new rules, now regulate travel. For my company, The Committee on Illinois (dba Cuba Tours 4U), it meant that I didn’t need to finish the Specific License Renewal Application that I was working to complete. For travelers, it means that they can read the regulations and “VET” themselves for legal travel.

General licenses include travel for families, journalistic activity, professional research/meetings, import/export trade, human rights activities, public performances/clinics, athletic competitions and exhibitions. But, these General Licenses still restrict individual travel to professional practitioners that have a full-time activity schedule that does not include free time or recreation in excess of that consistent with a full-time schedule.

Group travel has the same free time restrictions and is often related to school education programs, religious groups, humanitarian projects or the popular “people to people” educational travel. The NEW conditions for “people to people travel” include engaging in educational exchanges under the auspices of a U.S. organization that sponsors people to people exchange (companies like The Committee on Illinois) and that the travelers are accompanied by a paid representative of that organization to ensure a full-time schedule of educational exchange activities. As you can see, this is not the free pass to travel as some envision. 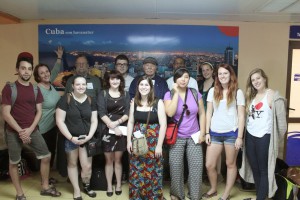 But that’s not so bad. Most travelers on the people to people educational travel programs are excited by the structured opportunities to experience the Cuban culture in depth and access and really meet a variety of Cuban professionals. Our trips for example, seek opportunities for meaningful interaction when meeting Cubans in their daily life and work. We take it to another level in our Farewell Dinner which we share with a cross section of Cubans appropriate to the group’s interests in order to really sit down and talk with them about their individual and societal experiences and hopes.

Even if a traveler finds that he or she can travel within the regulations, the promises in the travel infrastructure are still a ways off. Commercial airlines will now be able to fly to Cuba but arranging flight schedules within the U.S. and Cuba will take time. U.S. credit cards can now be used in Cuba for the first time. But a U.S. banking system which froze domestic dollar transfers in December 2014, at the mere mention of the word “Cuba” is still a ways away from the internet banking ease envisioned. Hotel space is already crowded with Europeans and travelers from other countries and the addition of mass U.S. tourism will produce more shortages and price gouging until the supply of rooms meets the new demand. These issues will eventually work themselves out but given the details and the potential political push-back from Congress on the new travel regulations, it may take months or some years. 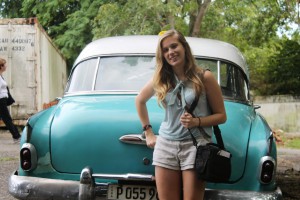 Cuba is and always will be a special country to visit. It boasts some of the oldest and largest fortresses in the Americas (4 along the Havana harbor entrance) and the largest Colonial Center in Latin America with its 4 main plazas fully restored with further restoration progressing. The Cuban people feel a kinship to North Americans and are increasingly comfortable in open discussion of issues. Once there is open tourism, this ecologically preserved, mountainous bird sanctuary of an island surrounded by pristine coral reefs will be a favored country for adventure tourism, and Cuba Tours 4U will feature this venue.

But the lure of this open tourism could make Cuba just another Caribbean spot for beaches and quick tours of the local historical sites. Visiting Cuba now, however, within the regulations which demand thoughtful tourism, can foster an unforgettable cultural encounter and site visit as so many travelers over the past few years have discovered. This sort of people to people interactive travel is somewhat demanding but so rich in reward. So until the new regulations and tourism infrastructure changes are fully realized, don’t miss visiting Cuba in this transition period even if it is not without restrictions. For once the typical Caribbean travel tours arrive in Cuba for U.S. citizens, we may end up reminiscing about these special educational programs and longing for the personal interaction with another country and culture that you can’t get in any other travel program.